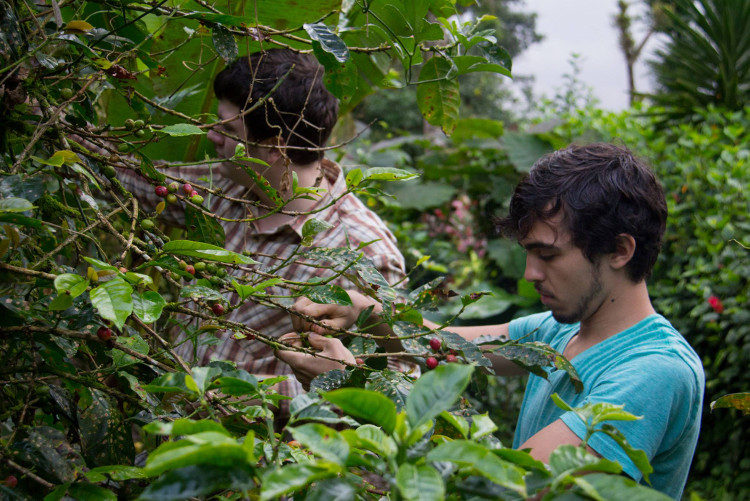 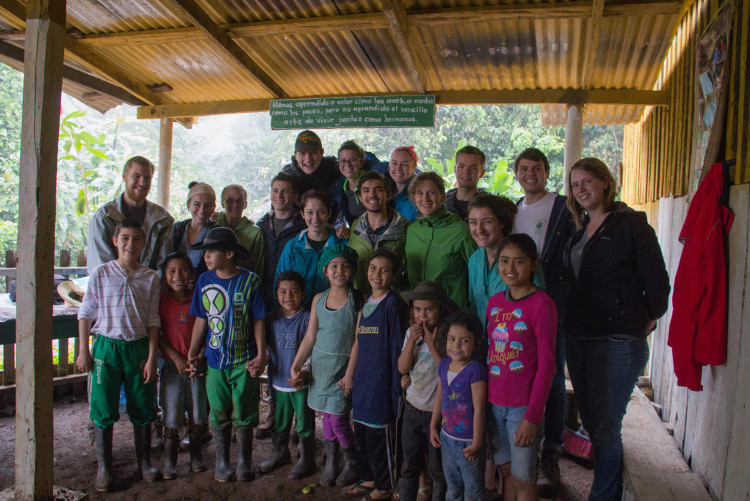 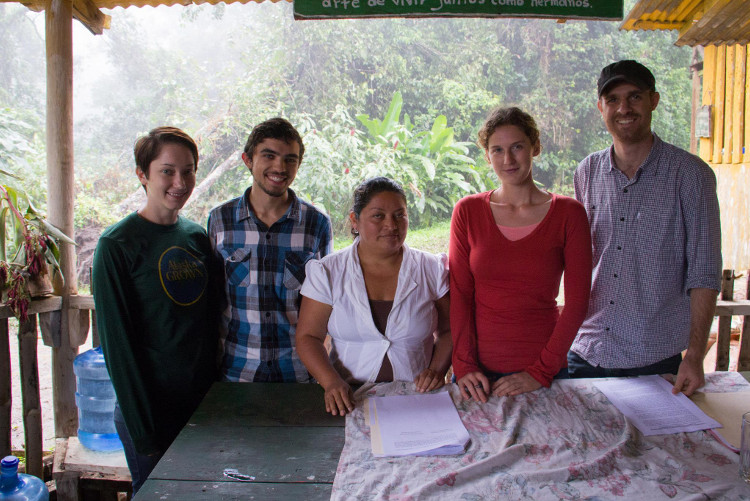 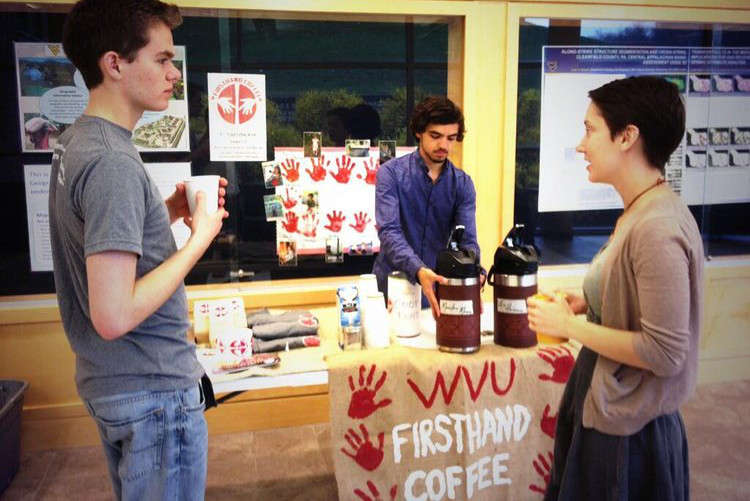 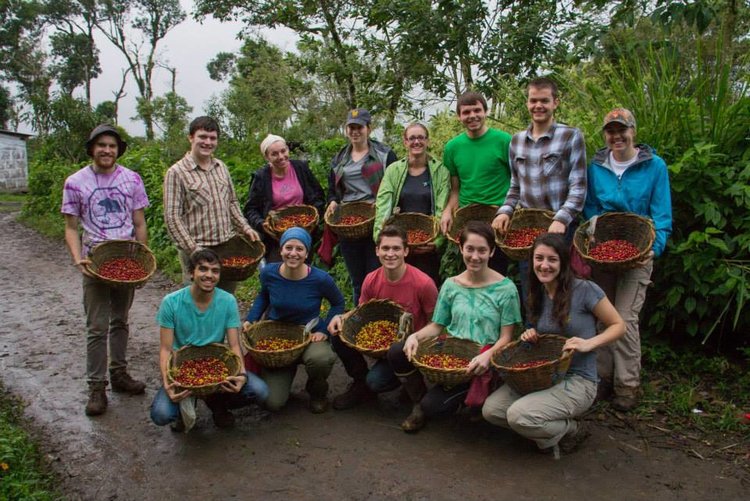 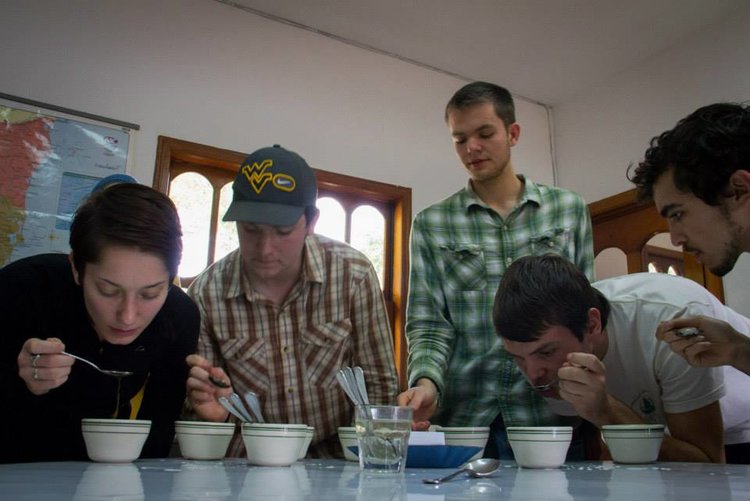 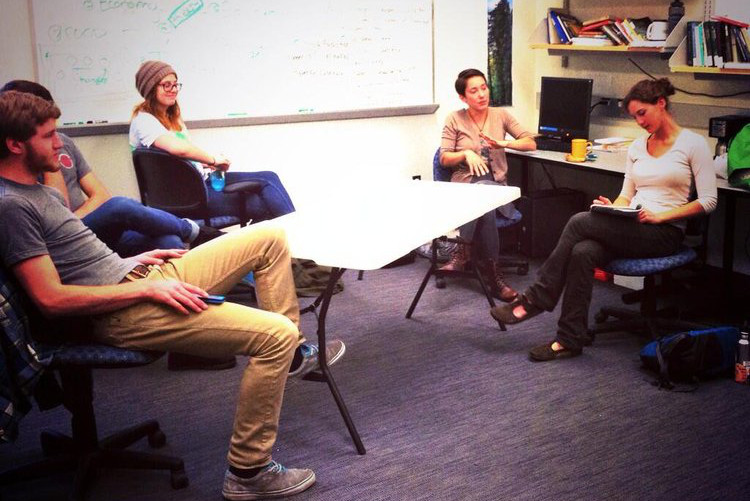 On the Road
from Morgantown to La Hermandad

It's a youth movement, a shining example, and an inspiration. It's all that I somewhat selfishly desire as a source for great, fresh-roasted coffee beans in Morgantown. Kudos to FIRSTHAND Coop! Even my unrefined palate tastes the delicious chocolate notes mentioned in one of your earlier blog posts. Thank you.

But the whole package, the entity that is called WVU FIRSTHAND Cooperative CSA, is so much more. I'm quickly discovering that it's like a young but growing family, hosting coffee happy hours and pot luck picnics, and partnering with local coffee roasters and retailers. It's also part of a larger, extended family (Fair Trade 2.0) that funds cooperative development projects, including organic gardening and eco-tourism, to facilitate income diversity and food sovereignty in small farming communities such as La Hermandad.

Of course, students, faculty, farmers, partners, and most members are already familiar with these FIRSTHAND Coop details. I just wanted to put them up front for newcomers like me. Why, I even had to search Google and resort to Wikipedia to learn that CSA refers to community-supported/shared agriculture.

So what might we find on the road from Morgantown to La Hermandad? The title was inspired by a line from your "Spring Break 2014" post. It refers to WVU students in Nicaragua collecting data to create an interactive map, a portion of which will allow us ultimately to travel a virtual road from San Ramon to Cooperative La Hermandad, where grow the wonderful coffee beans that kicked off my fledgling journey with FIRSTHAND Coop.

However, the journey that the WVU students and La Hermandad farmers of FIRSTHAND Coop are making together is much bigger than just fair-trade coffee. And though current projects may be somewhat focused on economics and community support, lessons learned and relationships developed through such cooperative experiences may well be sowing fields of yet unknown, bountiful crops.

A separate FIRSTHAND Coop web page notes that Cooperative La Hermandad arose out of a devastating civil war. Nicaragua's lengthy Revolución Popular Sandinista ended with its Contra War, which rekindles for some of us painful memories of the Cold War between the U.S. and U.S.S.R. Closer to home, we are reminded that West Virginia statehood also arose out of a devastating civil war. Perhaps even closer-to-home experiences arise as individual and quite personal life-changing journeys, constructively weaving internal struggles of war and peace.

Take Odysseus for example. After ten years of war at Troy, he loses himself for another ten years traveling what should have been a peaceful, sea road home. He wars with monsters, nymphs, and gods — virtual inner demons of middle age, one might suggest. He encounters cultures as different from his Ithaca home as La Hermandad from our Morgantown home. Albeit a bit older than WVU students visiting Nicaragua, long-suffering Odysseus arguably returns as a more mindful and much wiser Greek hero, having learned from his challenging experiences. Certainly his odyssey planted seeds for the birth of Western philosophy.

It's not much of a stretch to imagine FIRSTHAND Coop students planting seeds (literally and figuratively) while becoming more mindful, wiser men and women whle learning from their own encounters and experiences on the road from Morgantown to La Hermandad. Such youthful maturing and growth is my hope for our future. Well, that and maybe an excursion with FIRSTHAND Coop on an eco-tour. Okay, all that and more great coffee beans, too!